Nothing says "I'm from Croydon" better than a tattoo!

No respectable Croydon woman would be seen without flowers on her ankle, tribal markings on her lower back or some form of Elvis tribute on her upper arms. Some ladies have all of these and more. 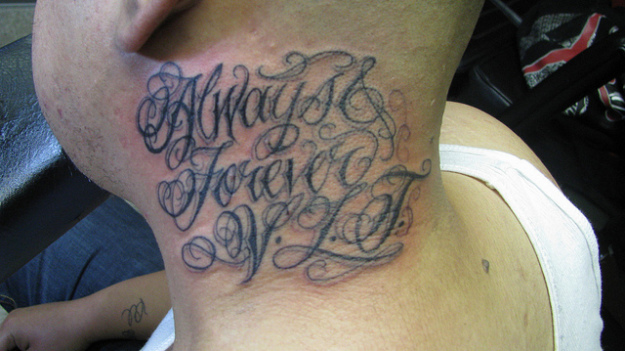 This dude has a really cool tattoo!

Men are often seen with LOVE and HATE on their fingers, unusual names of children or loved ones in large letters on or their necks and various other colourful adornments on their arms.

To meet such a high demand for tattoos, Croydon is well served with at least 14 tattoo parlours, at least six of them being in the town centre. Others are located in Thornton Heath, Waddon, Selsdon and Purley.

Even children in Croydon have tattoos, despite it being illegal to tattoo someone under the age of 18. In 2011, a man from New Addington was arrested for allegedly tattooing underage youths. He already had a conviction for tattooing children.