This strange looking concrete tower is the NLA Tower in East Croydon. It's one of the first buildings people see when arriving at East Croydon station. 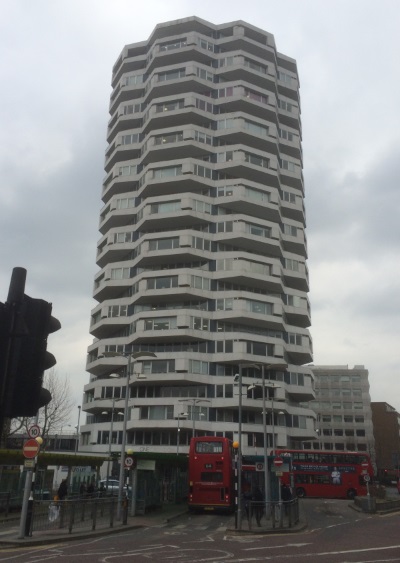 The people of Croydon call it The Threepenny Bit building because it looks like a pile of old coins.

In 2007 it was painted so that it didn't look like boring grey concrete. Now it looks like bright white concrete.

It's the 88th tallest building in the UK. If you're ever lost in Croydon, head towards this tower and you'll be at East Croydon station. Handy!